The Kanniya Hot Springs is a site with hot wells located near Nilaveli . There are seven wells in a square shape. Wells are only 3–4 feet deep and you can clearly see the bottom. The temperature is considerably high but vary slightly from one spring to another. Wells run out of water, when 10-15 buckets of water are taken out

According to local folklore, is this site connected with the antagonist Ravana of the Hindu epic, Ramayana. Ravana and his mother worshipped Hindu God Shiva at the Koneswaram temple and the Hot springs of Kanniya. Ravana wanted to remove the temple of Koneswaram when his mother was in ailing health. Ravana was heaving the rock, Lord Shiva made him drop his sword. Ravana’s mother heard that news and thought of unbeatable sorrow. When Ravana returns he found his beloved mother demise was disheartened. To do her mother's rites, Ravana stuck the earth with his sword in several spots and several fountains sprang from these points. The water was hot and this was the beginning of these hot water springs 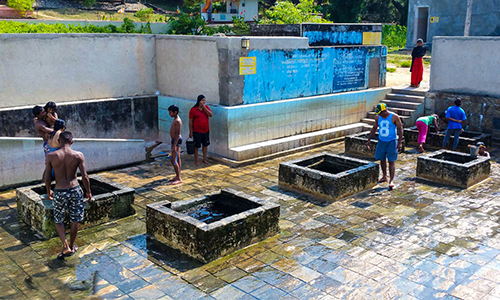 Koneswaram Temple (19 KMS FROM THE HOTEL)

Koneswaram temple of Trincomalee which is known as Thirukonamalai Konesar Temple The Temple of the Thousand Pillars and Dakshina-Then Kailasam is a classical-medieval Hindu temple complex in Trincomalee, a Hindu religious pilgrimage centre in Eastern Province, Sri Lanka. The most sacred of the Pancha Ishwarams of Sri Lanka, it was built significantly during the reign of the early Cholas and the Five Dravidians of the Early Pandyan Kingdom atop Konesar Malai, a promontory overlooking Trincomalee District, Gokarna bay and the Indian Ocean. Its Pallava, Chola, Pandyan and Jaffna design reflect a continual Tamil Saivite influence in the Vannimai region from the classical period. The monument contains its main shrine to Shiva in the form Kona-Eiswara, shortened to Konesar and is a major place for Hindu pilgrimage, at its height of fame labelled the "Rome of the Gentiles/Pagans of the Orient". Connected at the mouth of the Mahavilli Ganga River to the footprint of Shiva at Sivan Oli Padam Malai at the river's source, the temple symbolically crowns the flow of the Ganges River from Shiva's head of Mount Kailash to his feet.

Girihandu Seya (32 KMS FROM THE HOTEL)

Girihandu Seya is an ancient Buddhist temple situated in Thiriyai, Trincomalee, Sri Lanka. The temple is supposed to be the first Buddhist Stupa in Sri Lanka, believed to be constructed by two seafaring merchants Trapusa and Bahalika. The names of the two merchants are recorded in a rock inscription found in the Vihara premises. According to the inscription, Girihandu Seya was built by the guilds of merchants named Trapassuka and Vallika where the names are written as Tapassu and Bhalluka in later Sinhala chronicles. Some scholars also hold the view that Mahayana influenced seafaring merchants from the Pallava Kingdom were responsible for the construction of this temple.

The Stupa in the Vihara is highly venerated by the people, as it is believed to contain the hair relics of Buddha.

The temple has been formally recognised by the Government as an archaeological site in Sri Lanka. 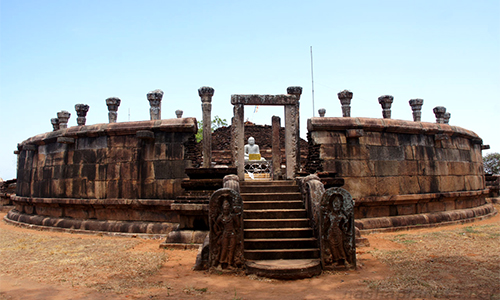 Tissa (141-165 AD). The inscription mentions revenue from certain fields to the Abagara Vihara (Velgam Vihara) and Velgama by the king's commander, Abaya. Following the collapse of the Anuradhapura and Polonnaruwa Kingdoms the population migrated to the southern part of country, which resulted in the temple being abandoned and falling into ruin 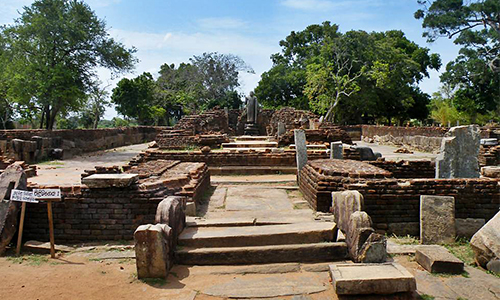 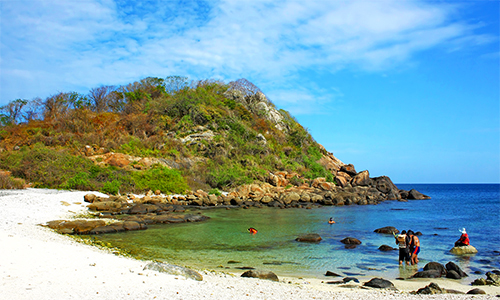 Kokkilai Lagoon is a large estuarine lagoon (2,995 ha) located in Mullaitivu and Trincomalee districts of Sri Lanka. This Lagoon consists of seagrass beds, oyster beds, mangrove swamp, deltas and mudflats. Particularly in the western and southern shores are bounded by cultivated lands, scrub forest and some by open forest patches. The lagoon is always busy with mundane fishing activities.

This lagoon is one of the largest bird sanctuary for native and migratory birds in Sri Lanka. In the migratory season the fishing boats find it difficult to maneuver the lagoon because birds are all over! We will soon develop this page with all of lagoon's fauna and flora. 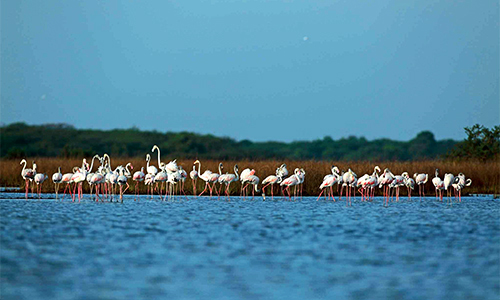 Trincomalee War Cemetery is a British military cemetery in Trincomalee, Sri Lanka, for soldiers of the British Empire who were killed or died during World War II. The cemetery is located on Trincomalee–Nilaveli ( A6 ) Road, approximately 6 kilometres north of the town of Trincomalee, on the eastern side. It is one of the six Commonwealth war cemeteries in Sri Lanka, and maintained by Sri Lankan Ministry of Defense on behalf of the Commonwealth War Graves Commission. 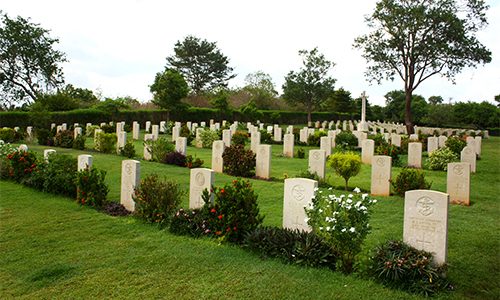